"On Thursday, January 14, 2021, at 10:00 AM, I met with the director from Students Supporting Israel (SSI), Ilan. This organization helps student groups and students pass a resolution to protect Jewish students on campus from anti-Semitism through an education initiative to incorporate the International Holocaust Remembrance Alliance’s (IHRA) definition of anti-Semitism. Our Federal government has adopted the IHRA definition, including thirty member countries and numerous universities across North America, including:
University of California, San Diego, University of California, Santa Barbara, Foothill College, California State University, Northridge, Texas A&M University, Arizona State University, University of Manitoba (Canada), City College of New York, Pace University, St. Lawrence University, Northeastern University, and Brooklyn College. Later that day, I looked up the Associated Students, Inc. (ASI) executive board at Cal Poly. I then posted in the Facebook group ‘Cal Poly Jews’ to see if anyone had any experience working with student government or with resolutions to advocate for Jewish students so I could ask them questions and meet with them. I easily got connected with Jordy Roth, who was elected to serve as the College of Liberal Arts representative in ASI.

On Friday, January 15, 2021, at 9:30 AM, I met with Jordan (Jordy) Roth on Zoom, who responded that he likes the resolution and the idea behind it and can help introduce it to the board with me. He suggested that he speak with Tess Loarie, who reviews resolutions before bringing them to other board members and that the three of us could meet. He also invited me to speak in a public forum at a board meeting to try and resolve this concern and vocalize support for the resolution. It was a great meeting! He also let me know the board has only approved two to three resolutions this year. I didn’t realize that any student or student group could bring up issues and concerns to ASI directly.
On January 27, 2021, a Friday evening and the Jewish Sabbath, the Jewish Fraternity at Cal Poly, AEPi, was vandalized with swastikas. The incident’s timing was sadly fortuitous to the open forum meeting, where I shared some of my views. A few weeks after our first meeting, Jordy set up a meeting with two other ASI members and one previous member where we discussed the resolution and next steps. On Wednesday, February 17, 2021, at 5:10 PM, I attended the ASI Board’s Open Forum. I shared a little about my experience as a Jew on campus after the anti-Semitic incident occurred at the AEPi house at Cal Poly and my support for the resolution passing in unison with Jordy Roth. Jenny Anderson also came to offer support (I asked if she might like to attend the open forum) and shared her thoughts on the incident, which was very wonderful and supportive. She spoke very eloquently and was passionate and professional. Jordy thought we hit a chord with the board, and he was happy we both spoke. The resolution will be routed to internal review early next quarter, as Tess Loarie stated in an email on March 2, 2021. Tess included an additional clause about the population of Jewish students at Cal Poly (roughly 6% of the total student population). She suggested we include a clause to mention the other universities who have already adopted the definition, so I edited the resolution and sent it back to her. With the anti-Semitic incident at Cal Poly this quarter a few board members’ support, the resolution passed unanimously by the review board and then the executive board this evening, Wednesday, April 7th, 2021. I appreciate Ilan and Jordy as well as Michelle (another ASI member), my colleague and cohort member in my graduate program Jenny Anderson, Dan Meisel of the ADL, and the ASI at Cal Poly for their support and immense help in making this happen."

-Jenny Jacobs, Graduate Student and Master of Science candidate, Higher Education Counseling and Student Affairs, California Polytechnic State University, San Luis Obispo
Though not an SSI chapter, Students at Cal. Poly State University were eager to pass the IHRA definition of antisemitism on campus. They sought out help from the SSI Movement, who was happy to oblige in assistance.

SSI movement is proud to assist all students, SSI and non-SSI, in passing the working definition of antisemitism to ensure that our campuses remain allies to the Jewish people!

Congrats to the students of CPSU! 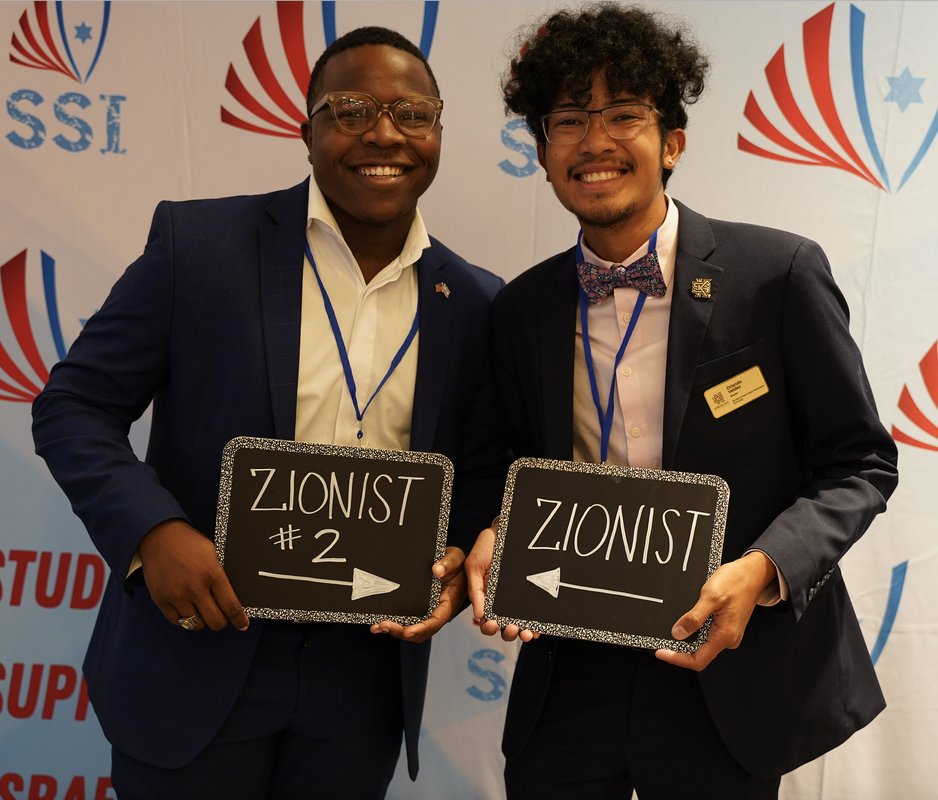