SSI wants to provide students on college campuses and universities with the opportunity to support the position of Israel in the Middle East, and to reassure students who oppose the demonization of the State of Israel on campus that they are not alone. We are changing the anti-Israel climate many students encounter on campus. By being part of a united, strong and thriving international movement, students are empowered to express their views in support of Israel.

Our goals and activities include familiarizing students and the university community with current events in the Middle East, sharing the Israeli story and culture on campus, and responding to bias anti-Israel propaganda when spread by other members of the academic community. We believe in sharing knowledge with students about Israel’s history, its diverse people, and its day to day reality, as Israel should not be looked at solely through the lens of conflict but as a nation with legitimate and unique story, values and aspirations.

We believe in the idea of Zionism, and as stated in the Declaration of the Establishment of the State of Israel that the Jewish people have the natural right, "to be masters of their own fate, like all other nations, in their own sovereign state...a Jewish State."

Students Supporting Israel is an independent, nonpartisan, grassroots campus movement that was created BY students, FOR students, in order to organize a strong and united pro-Israel front on college campuses. We are made up of students from different political, religious, and ethnic backgrounds, all working together as Students Supporting Israel. We believe in grassroots action, and want to empower students who support Israel on campus to lead their fellow students and the campus community. ​​

What makes SSI different from other "pro-Israel" organizations? 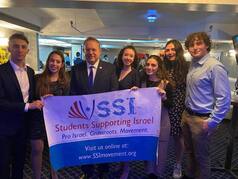 November 2021: SSI CCNY, Columbia, and Pace Universities had the wonderful opportunity to host Ayelet Shaked, Israel’s Minister of the Interior, and Yaakov Hagoel, Chairman of the World Zionist Organization. 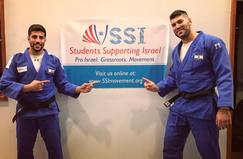 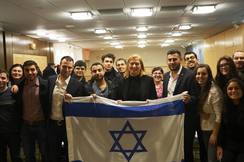 March 2017: Tzipi Livni, a Knesset member and the Former Minister of Justice of Israel spoke at Columbia University. 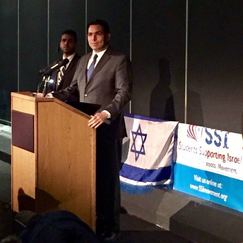 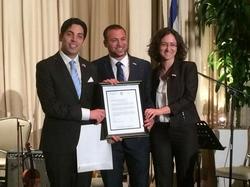 April 2015: Israel's Consulate to the Midwest chose SSI to receive the 2015 award for Outstanding Pro Israel Activism! The award was received during Israel’s Independence Day celebrations! We are incredibly honored to receive this recognition - that belongs to all our Amazing SSI Leaders across North America who are on the ground and give Israel a voice on their campus!
In the photo: SSI's Chairwomen, Valeria Chazin, SSI's President, Ilan Sinelnikov, and SSI's National Advisor, Naor Bitton, receiving the award in Chicago. 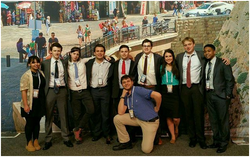 March 2015: Students Supporting Israel at Depaul University were recognized as the student group activists of the year at the 2015 AIPAC policy conference!
In the photo: the student leaders of SSI's DePaul University Chapter for the 2014/15 academic year. 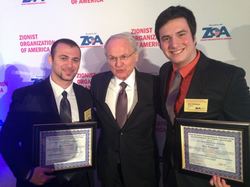 November 2014: Students Supporting Israel is the Winner of the Myron Zimmerman Award for Outstanding Campus Activism across North America.
In the photo: Ron Feingold, SSI University of MN Chapter President for the 2014/15 academic year, and Ilan Sinelnikov, SSI's National President. 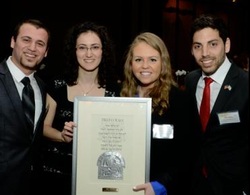 April 2014: Students Supporting Israel at the University of Minnesota, winner of CAMERA's David Bar-Ilan award for Outstanding Campus Activism for the academic year 2013-14!
Presented by the Committee for Accuracy in Middle East Reporting in America (CAMERA) the award was received for establishing the SSI group on campus (SSI’s first chapter!), and for becoming one of the most active groups on campuses throughout North America. The group’s activities included, among other things, organizing events, building a strong social media presence, forming coalitions with other student organization, and publishing articles in the local media and the university newspaper. In the photo: Ilan Sinelnikov, Valeria Chazin, Marta Slobodyanyuk, Naor Bitton.