The Immigration Nation Tour!
Overview of the Jewish Law of Return and
Immigration of Jewish Communities from Around the World

This campaign brings together a panel of 3-4 speakers, Israelis from diverse backgrounds such as Ethiopian, Russian, Iraqi and Yemenite... each speaker will present the story of their community immigrating to Israel and of other communities not represented on the panel. Some of the stories include the over 1 million people who came from former USSR republics, Operation Solomon to bring Jews from Ethiopia and Operation Magic Carpet to bring Jews from Yemen and much more! Following the community story, personal accounts of assimilation into the Israeli identity are shared.

The presentation starts with an overview of the Jewish law of return, its historical significance, how it fulfills the idea of Zionism and a Jewish homeland, and why having a country that defines itself as Jewish is not a topic for debate but an existing fact, and that questioning it means applying a double standards towards Israel. In addition, the goals of the presentation are to show how diverse the Israeli, and especially the Jewish community is, to show how phenomenal it is that a new country was able to absorb such a large amount of immigrants, and contrast the issues of Palestinian refugees as opposed to Jewish immigration returning to Israel. 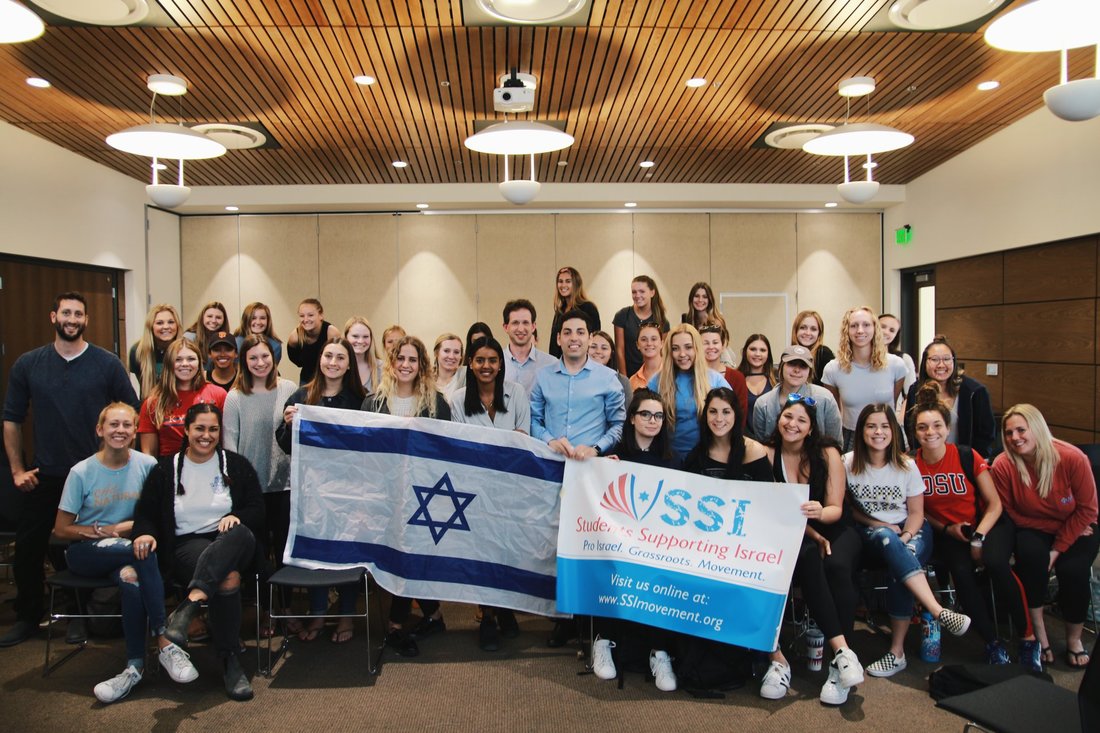 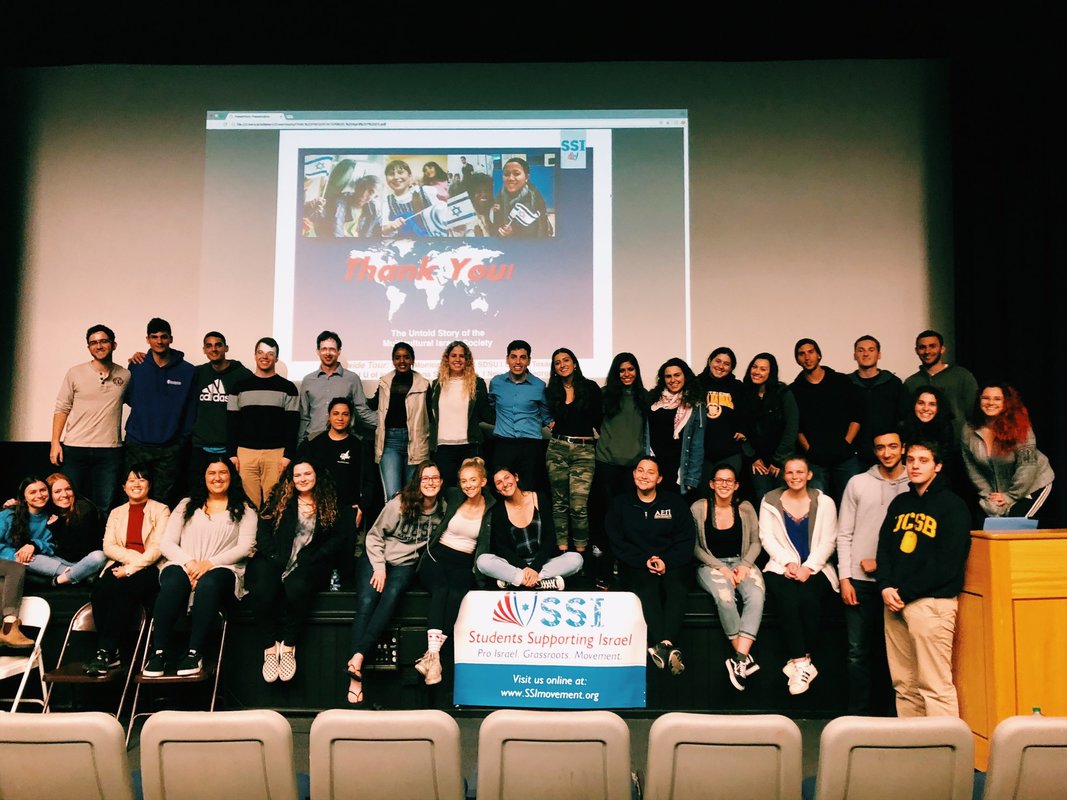 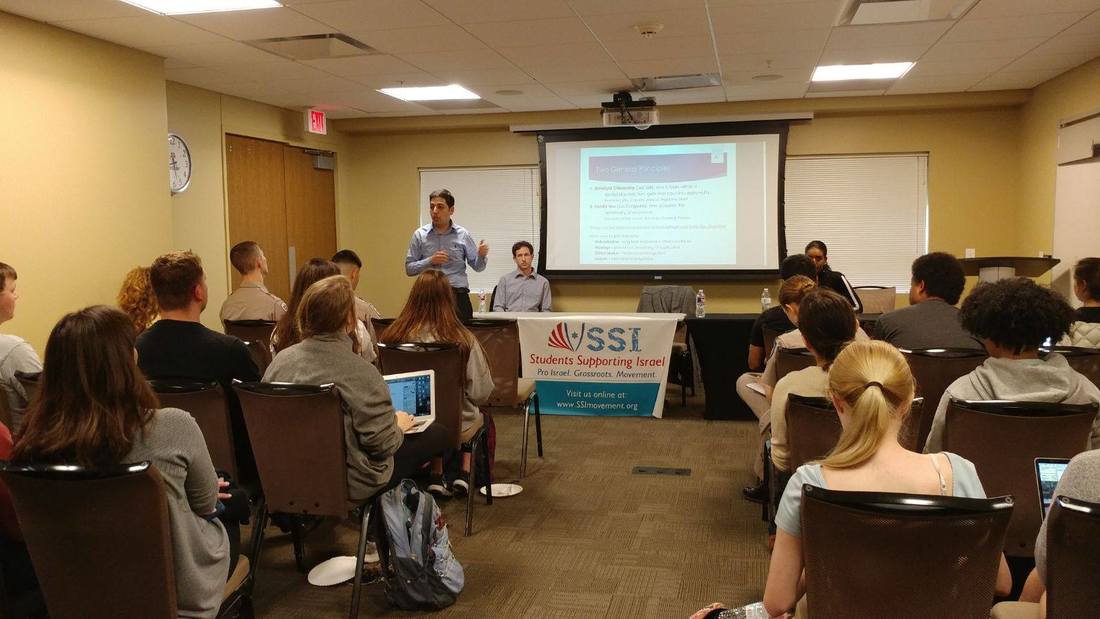 ​VIDEO:
"The amazing story about the Jewish immigration to Israel is that
i'ts not an immigration - It's homecoming!"
- Watch a few moments from the presentation of panelist Naor Bitton, Israeli political and community leader born to parents of Moroccan and Algerian decent:

Past campaigns speakers and posters: 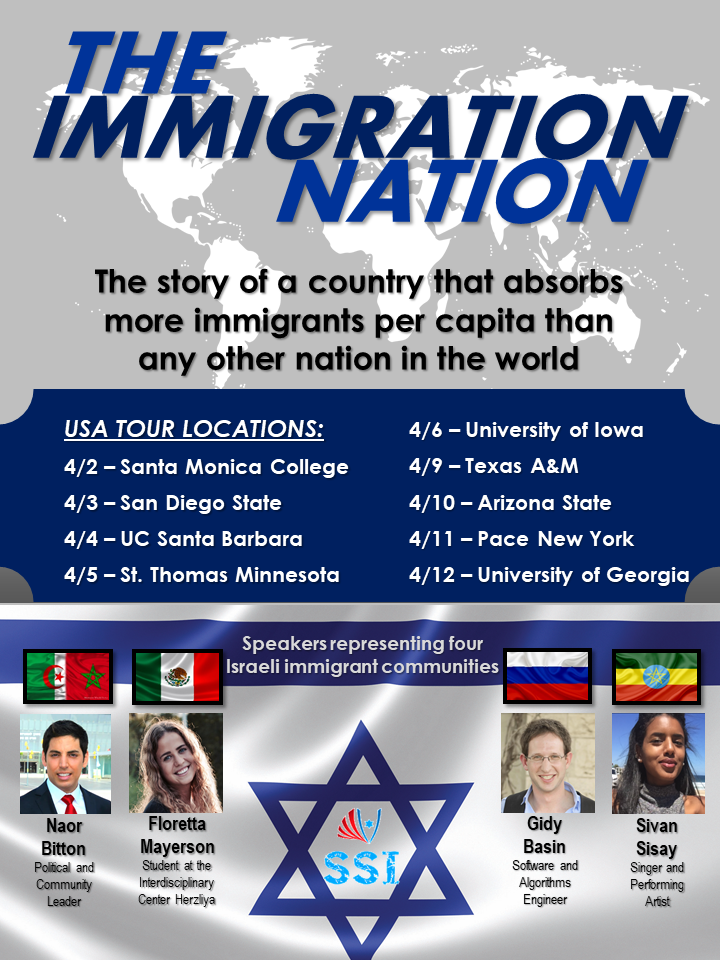 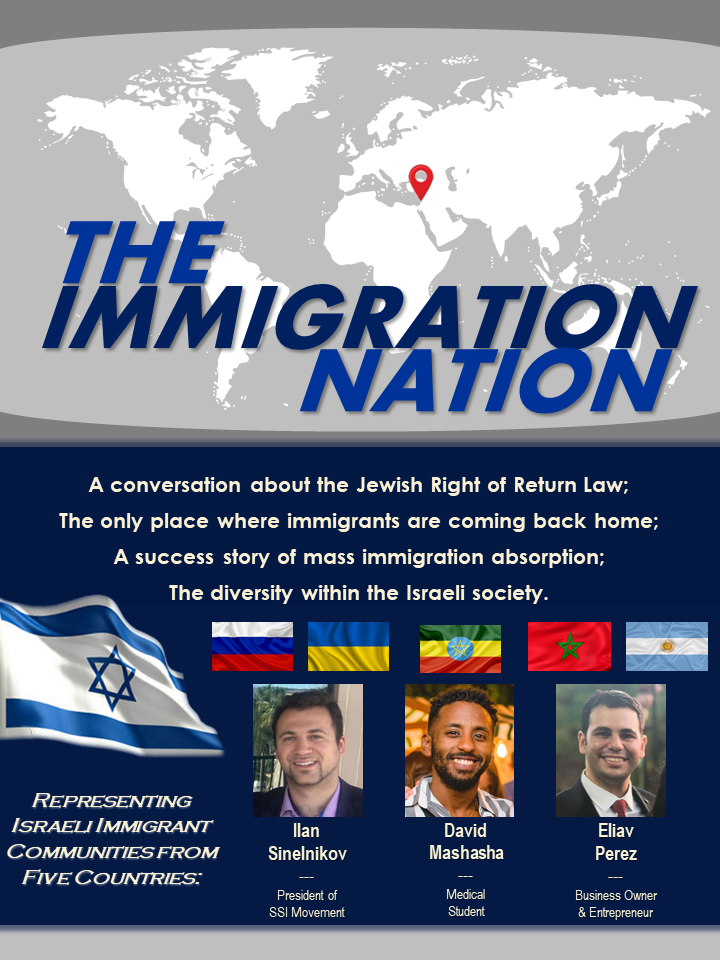