Students Supporting Israel has elected its Second National Student Committee that will serve as an advisory body to the national student movement. The committee is comprised of top SSI leaders, who served in key positions in their local chapters and proved exceptionally distinct leadership and professionalism.
The first board includes five students, one SSI Alumna, and one SSI honorary member who made Aliyah to enlist in the IDF.​ 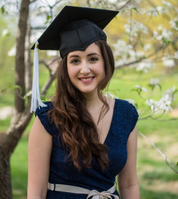