​Students Supporting Israel has elected its 2019-2020 National Student Committee that will serve as an advisory body to the national student movement. The committee is comprised of top SSI leaders, who serve in key positions in their local chapters and prove exceptionally distinct leadership and professionalism, and two alumni whom served on previous National Student committees. 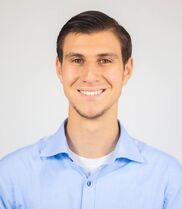 JUSTIN FELDMAN
UCLA
​​As an Israeli-American grassroots activist, Justin served as the President of Students Supporting Israel at UCLA (2018-2019) and at Santa Monica College (2017-2018), creating innovative and pro-active programs on his campuses. Most notably, Justin combated the 2018 National SJP Conference at UCLA, in which he mobilized scores of students and community support — which took place just months after a violent SJP disruption of his SSI event — to leverage an unprecedented social, legal, and economic price for anti-Semitic hate on campus. Justin is also known for helping pioneer unique coalition-building Zionist campaigns, such as Diaspora Awareness Week, engaging diverse organizations in the Jewish story, while educating against the maligned outreach strategy exploited by anti-Israel groups.

​In part-time professional work, Justin has been a non-profit speaker for StandWithUs (2017-2019), where he shared Israel education with hundreds of students across southern California schools and community centers — challenging myths and engaging narratives. He has publicly debated anti-Zionists, given livestream time to broadcast answers to tough questions about Israel, and has written extensive analyses on the issues featured on various platforms.
Today, as a National Committee member, Senior Advisor of his chapter, and Co-Chair of his campus Israel Studies SAB, Justin has passionately placed Israel at the forefront of academic legitimation and continues to fight for Jewish empowerment amid hate, no matter its source. In his chill time, Justin frequents graphic design, hiking, music venues, and any campus Israel event. 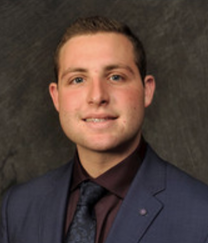 ISAAC JOLCOVER
University of Iowa​
Isaac Jolcover is a Senior at the University of Iowa.  Throughout his entire life, being Jewish is one attribute that he has greatly cherished.  His first trip to Israel for his Bar Mitzvah, when he was 13 gave him the opportunity to see the pure beauty that the Holy Land has to offer. From that point on, he knew Israel would always hold a special place in his heart..

As a freshman in college, Isaac's sister, active with Students Supporting Israel at Kansas University, inspired Isaac to create an SSI on his campus, and thus, Israel advocacy on campus began. Since December of 2017, SSI at the University of Iowa has had tremendous growth, holding tabling events for holidays like Tu B'Shvat, International Women's Day, and more.  Additionally, they have hosted Israeli Defense Force soldiers from "MyTruth" and SSI's "Story of an Immigration Nation".  Students Supporting Israel at the University of Iowa looks forward to maintaining the Pro-Israel voice on the campus that Isaac helped establish! 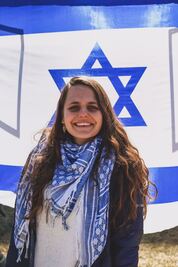 OFIR DAYAN
Columbia University
​Ofir was born and raised in Maale Shomron, Israel. She was an instructor, Head of Branch, and a Full Time Volunteer in the Betar Youth Movement. She served as an officer in field positions in the IDF Spokesperson Unit for 3.5 years and received an award for her work during Operation Protective Edge.

She is a junior studying Political Science at Columbia University and is currently the President of Students Supporting Israel at Columbia. She is also a columnist for Israel HaYom and is a frequent contributor and interviewee in many newspapers, radio and TV shows and websites.

On campus, he has held positions on both the Hillel and Chabad student boards. Additionally, Melech served as president of Illini Students Supporting Israel for the 2018-19 year and now serves as its treasurer. Melech joined the SSI National Advisory Committee this year to continue his pursuit of changing the view of Israel on college campuses. 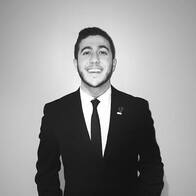 Yitz (Isaac) Shafa
California State University Northridge
Yitz connection to the land of Israel begins with his family being forced out of Israel and settling down in modern-day Iran. Yitz family continued living in Iran for thousands of years, keeping a strong observance of Jewish traditions and laws, until around the 1970s when a majority of Persian Jews left Iran as they sensed an increase in the danger for Jews living there. With their strong background of Jewish tradition and laws my family always taught Yitz that Israel was an important part of my Jewish identity.
Yitz got to his college campus ready to stand up to the lies being spread about Israel. Getting connected to the SSI chapter on campus, at Santa Monica College, SSI gave Yitz the opportunity to grow as a leader and activist, eventually bringing him to lead the chapter as a President turning SSI SMC to the most outstanding chapter elected during the 4th National conference in San Diego for 2018/19. 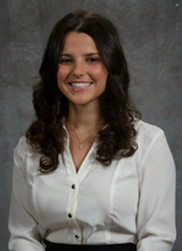 LIAT DISTLER
Alumna UCLA
​Born in Israel, Liat is fluent in Hebrew. Liat founded the SSI at UCLA chapter, and helped grow several other student and community organizations during her time on campus.

Liat is an account executive at a strategic communications firm, where she helps her clients build their brands, amplify their voice and advance their goals through multidimensional communications.
​Previously, she worked as an analyst at a leading financial institution, where she produced comprehensive analyses to support the business decisions of Senior Executives.

​Liat received her B.A. in Economics from the University of California, Los Angeles. She has extensive experience in strategic planning, advocacy, and community engagement. 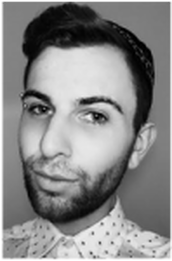